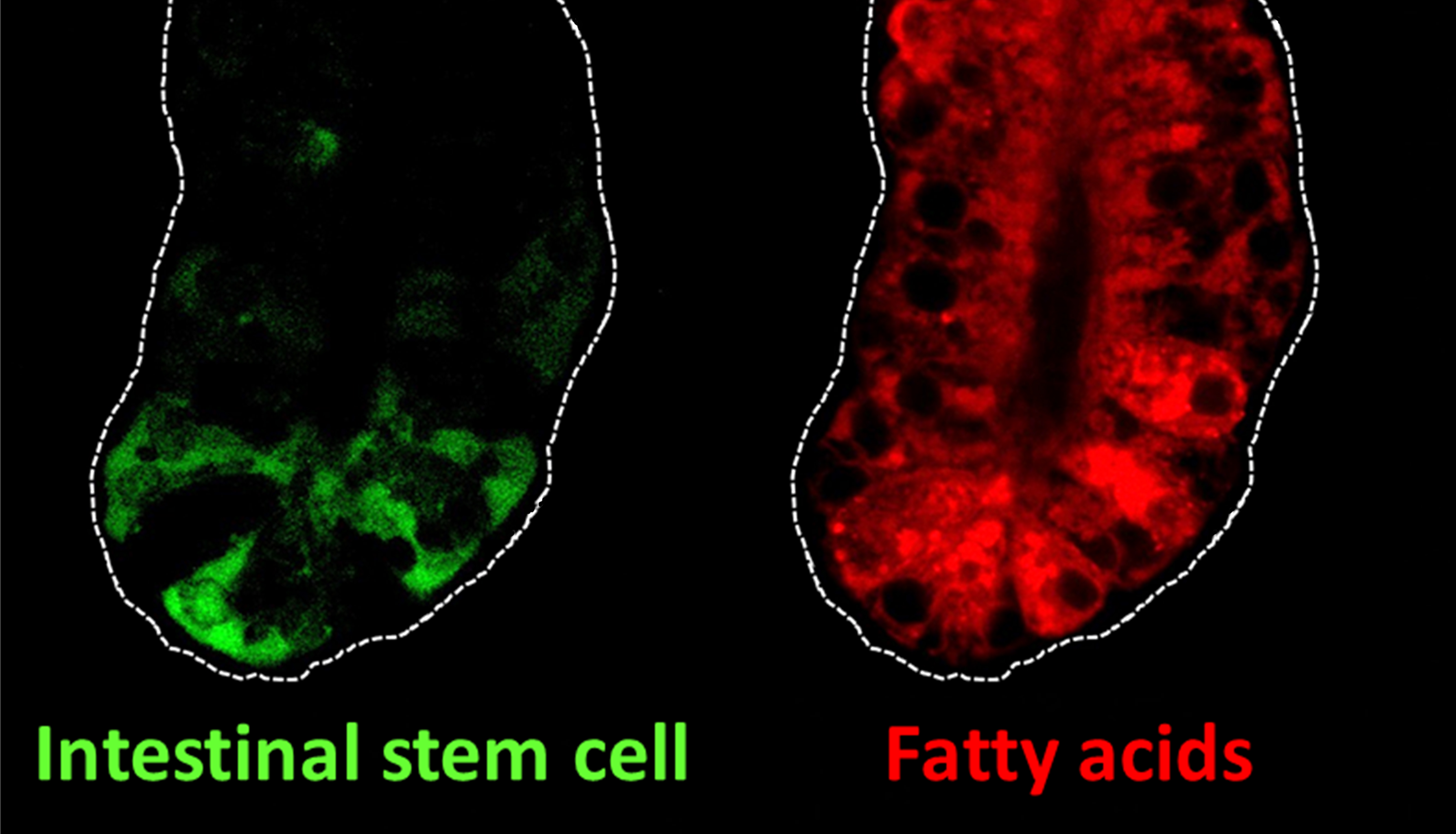 Two genes that appear to help stem cells in the intestine burn dietary fat may play a role in colon cancer, according to a Rutgers study.

The study, published in the journal Gastroenterology, describes a new connection between the way cells consume fat and how genes regulate stem cell behavior in the intestines of mice.

"This is important because scientists have shown that when there’s too much dietary fat in the intestine, stem cell numbers increase, boosting susceptibility to colon cancer,” said senior author Michael Verzi, an associate professor in the Department of Genetics in the School of Arts and Sciences at Rutgers University–New Brunswick. Verzi is also a research member in the Genomic Instability and Cancer Genetics Research Program at Rutgers Cancer Institute of New Jersey.

People naturally lose millions of intestinal cells daily, much like they lose skin cells. Intestinal stem cells undergo constant renewal and fuel the continuous turnover of the lining of the intestine, but altered stem cell functions can lead to colon cancer.

Colorectal cancer (of the colon or rectum) is the third most common cancer diagnosed in both men and women in the United States. An estimated 101,420 Americans will be diagnosed with colon cancer this year, according to the American Cancer Society.

Recent studies have shown that intestinal stem cells can increase in animals on a high fat “Western” diet, potentially explaining an elevated cancer risk from such a diet.

The Rutgers team recently discovered that two genes (HNF4A and HNF4G) work together to promote the proper function of the intestinal lining. In the new study, they found that mice lost intestinal stem cells when these genes were inactivated, confirming their importance. Rutgers scientists believe that the genes help stem cells burn fat, providing them energy.

Going forward, the researchers hope to further investigate whether the two genes alter stem cell numbers and cancer risk during a high fat diet, said Verzi, who is also a member of the Rutgers Center for Lipid Research.