To view the article of the twelve Rutgers Professors to receive this honor, please click here. Dr. Tara Matise and Dr. Andrew Singson, two Department of Genetics Professors will be highlighted below. 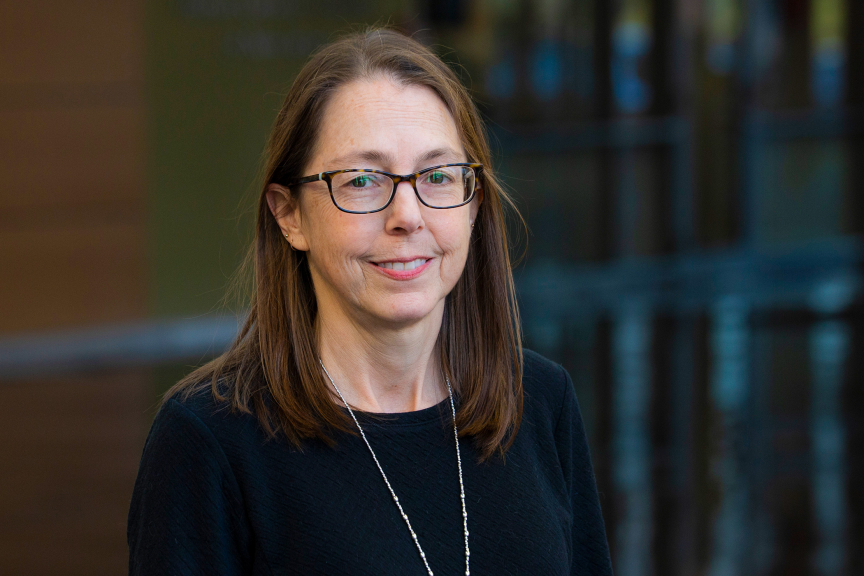 Professor and Chair, Department of Genetics
School of Arts and Sciences
Rutgers-New Brunswick

Honored for her distinguished contributions to developing human genetic maps and for critical efforts to bring genetics to diverse human populations.

Tara Matise is devoted to increasing the understanding of how genes impact human health.

Her early research focused on mapping genes for genetic disorders such as cystic fibrosis, which causes persistent lung infections, limits the ability to breathe and has no cure.

The mapping software Matise developed led to genetic maps that serve as crucial tools for pinpointing sites on the genome that can cause debilitating disease, one of the first steps toward better understanding the genetic makeup of individuals and improving diagnosis and treatment of inherited diseases.

The coordinating centers she directs, which are funded by the National Human Genome Research Institute at the National Institutes of Health, study multi-ethnic populations in an attempt to increase genetic discoveries that will reduce health disparities in minority populations.

Matise said she believes that more diversity and better scientific methods in genetic studies will lead to equal access in precision medicine and said data from these research studies is critical to identifying genetic mutations that may cause chronic diseases like diabetes.

She said her work at Rutgers exposes her to new discoveries because of collaboration. “I am most proud of the highly collaborative nature of my work, which is a theme that applies to nearly all of my work,” Matise said. “Although I do not do my work in order to be recognized or to receive accolades for my achievements, it is nice to be reminded that my efforts are valuable and on par with other esteemed scientists.” 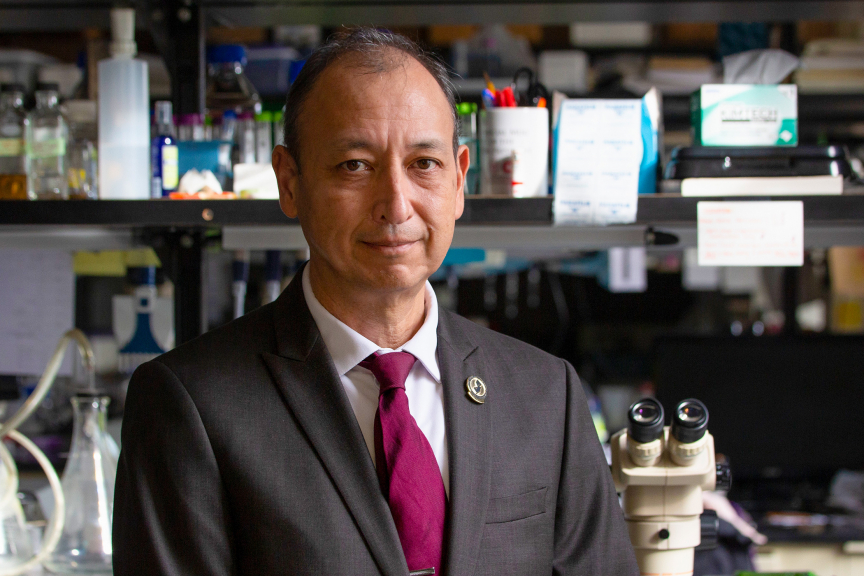 Honored for his distinguished contributions to the field of fertilization, particularly for discovery and characterization of genes required for fertilization in Caenorhabditis elegans.

Andrew Singson is working to uncover the molecular and genetic mechanisms of fertilization and provide insight into how sperm and egg develop, interact and initiate embryonic development through his research into reproduction in tiny roundworms.

“Fertilization is a process of great social, medical and economic importance,” said Singson. “This award is recognition of our scientific approach. It is an honor for me and reflects the outstanding work of my research team, both past and present.”

Singson has been researching the biological process of fertility in roundworms, known as C. elegans, for more than 25 years, using genetic analysis to find healthy adult worms having trouble having babies, similar to the one in five couples in the United States that experience infertility.

After finding strains of worms with fertility problems, the Singson lab does tests to see if infertility issues are related to the sperm or eggs. He and his team have discovered several proteins in roundworms that together work like molecular Velcro and help the egg and sperm bind and fuse, which may function the same way in humans. The findings, he said, have provided a better understanding of fertility and could lead to more effective treatments for infertility as well as the development of reliable contraceptives.

Singson and his team of fertility gene hunters want to identify the molecular events that occur during fertilization that lead to the cell-cell fusion. Limited to only a few cells in animals or plants, this knowledge will provide insight into other cell-cell interactions besides fertilization and could lead to new treatments for cancer and other diseases.

“While we have made great progress, our genetic experiments with C. elegans tell us that we have not yet found all the pieces to the fertilization puzzle,” Singson said. “We hope that our work will continue to help us understand the diversity of how nature solves the question of conception.”